Jenn McCreary is a Philadelphia poet. She serves as president of the board of directors for Small Press Traffic, a San Francisco-based nonprofit arts organization whose mission is to provide a local and national platform for experimental writing. She is also the author of three books of poetry, several chapbooks, and in 2013 was named a Pew Fellow in the Arts.

Orchid Tierney is from New Zealand-Aotearoa, currently residing in Philadelphia. Her chapbooks include Brachiation (Dunedin: GumTree Press, 2012) and The World in Small Parts (Chicago: Dancing Girl Press, 2012), and a full length sound translation of the Book of Margery Kempe, Earsay (TrollThread, 2016). Other work has appeared in Bathhouse Journal, Pacific Literary Review, Empty Mirror and elsewhere. She co-edits Supplement, an annual anthology on Philadelphia writing.

Amanda Silberling will graduate from the University of Pennsylvania this spring and is generally nervous about that. An interdisciplinary text-based artist, her poems and not-poems have appeared in The Rumpus, Paper Magazine, Consequence of Sound, Reality Beach, decomP, and others. Her first film "We're Here, We're Present: Women in Punk" debuted this summer on VICE. For more info, visit amandasilberling.com. 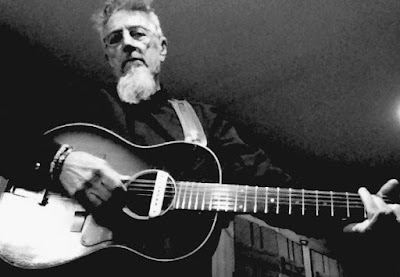 While the sheer virtuosity of ‘Solo Guitar’ is certainly a large part of its charm, more important is Fosson’s ability to weave memorable and articulate melodies. Without a clear sense of direction, solo instrumentation can risk meandering somewhat – but not here. There’s a clear sense of focus throughout the album, Fosson casting a very particular spell with the moody atmospherics of ‘The Creeper’, ‘Noodlin On The East Fork’ likewise boasting a vibrant sense of forward-motion and energy.
‘Solo Guitar’ is a really well crafted record – it’s well balanced and it never struggles to keep the attention of its listeners. It’s an album that confirms Mark Fosson to be technically equal to many of the genre’s biggest names and, likewise, he has no trouble in directing that ability into charming, well thought-out pieces which slot together to create a great album in ‘Solo Guitar’.
...unequivocally proves that he’s a guitarist that should, by rights, be mentioned in the same breath as genre-overlords like Fahey and Kottke.
Martin Leitch - GIGSOUP - July 23, 2017


Fosson has dexterity to spare. His instrumental style is akin to his early mentor, the American “primitive” guitarist John Fahey, to whose label, Takoma Records, he first recorded in 1976. From then to now, critical appreciation and commercial appeal have run in parallel, and while the fittingly titled Solo Guitar won’t change that, it is nonetheless a breath of fresh air to hear such crystal-clear, fluid and agile guitar playing.
Tony Clayton-Lea - IRISH TIMES - 27 July 2017 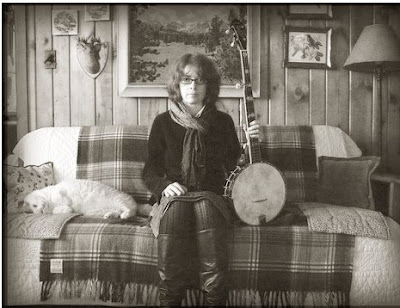 "With a musical timeline dating back to her early childhood, Laura
Baird is an exceptionally talented multi-instrumentalist and
singer-songwriter, best known for her projects with her sister, Meg,
as The Baird Sisters, and guitarist Glenn Jones. Baird’s own sound
stems from the Appalachian folk tradition, and she connects to it via
family lineage--her great-great uncle I.G. Greer’s folk recordings for
the Library of Congress are a large influence. Also woven into her
sonic influences are classical composers like Bach and Satie, and
modern day musicians such as Opal and Yo La Tengo."

"For her upcoming debut solo album, I Wish I Were A Sparrow, Baird
plays odes to the tradition from which she learned to play, combining
Appalachian balladry, the roughness of old field recordings, and a
dose of dreaminess and solitude that captures the distinct environment
of sleepy central New Jersey. This is where Baird departs from
tradition, leaving the communal origins of folk music and capturing
the singular self. An amalgam of old and new can be found in the
overall sound, as well as the lyrics, with half of the songs on
Sparrow, including "Dreadful Wind and Rain" and "Pretty Polly", being
passed down from the folk tradition, and the other half, including
"Wind Wind "and "Love Song From The Earth To The Moon" coming from
Baird’s own hand. While the most salient part of her last Baird
Sisters project was the melding of familial voices and various
instruments, Baird’s solo effort is centered around the combination of
her virtuosic banjo playing and prominent but airy vocals."