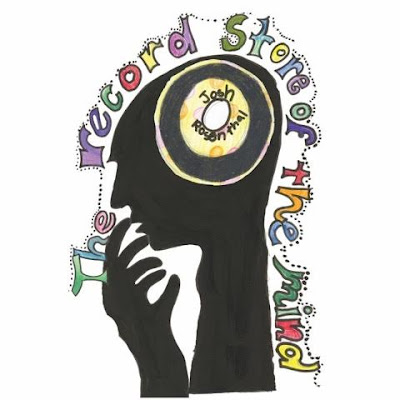 "One of the most thoroughly enjoyable, informative, wise and good-hearted books ever written about music and the industry"
-- MOJO * * * * 4 STARS
"What pulls its disparate elements together is the accommodating warmth and wit of his writing and the wealth of great stories he has to tell"
-- UNCUT 8/10
"Josh Rosenthal is a record man's record man. He is also a musician's record man. He is in the line of Samuel Charters and Harry Smith. In this age where we have access to everything and know the value of nothing, musicians need people like Josh to hear them when no one else can."
- T Bone Burnett
Grammy-nominated producer and Tompkins Square label founder Josh Rosenthal presents his first book, The Record Store of the Mind. Part memoir, part "music criticism," the author ruminates over unsung musical heroes, reflects on thirty years of toil and fandom in the music business, and shamelessly lists some of the LPs in his record collection. Crackling with insightful untold stories, The Record Store of the Mind will surely delight and inspire passionate music lovers ... especially those who have spent way too many hours in record stores.
Celebrating ten years in 2015, Rosenthal's San Francisco-based independent record label Tompkins Square has received seven Grammy nominations and wide acclaim for its diverse catalog of new and archival recordings.

Chris Forsyth is a lauded guitarist and composer whose work assimilates art-rock textures with vernacular American influences.  Long active in underground circles, he’s recently released a string of acclaimed records of widescreen guitar rock, and in 2013, he assembled The Solar Motel Band, who have quickly developed a reputation as an incredible live act, provoking ecstatic comparisons to visionary artists such as Television, The Grateful Dead, Popul Vuh, Neil Young & Crazy Horse, and Richard Thompson.